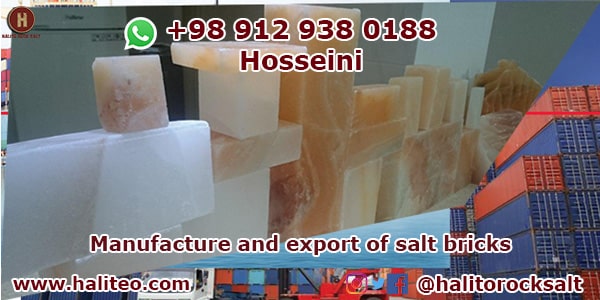 Since it is difficult to use rock salt in a natural form in sports complexes (such as yoga classes) or energy therapy, the rock salt is prepared as a salt brick.

In these places, the salt room is often made with salt brick, and the color of this rock salt can be customized with a variety of lighting. 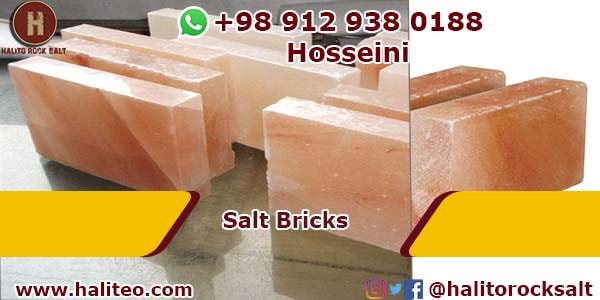 The benefits and properties of rock salt have long been talked about and the use of rock salt has a long life on earth.
For thousands of years, man has realized the importance of salt in his life, so he has used this natural substance in various ways. 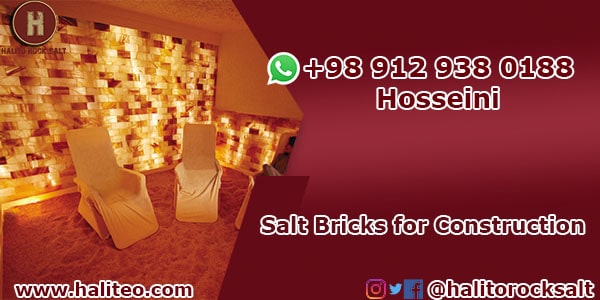 In the last 50 years, after much research that scientists have found out about the incredible properties of salt rock, they have tried to bring salt into various forms of people’s lives.

Salt bricks are used to make the salt room because it is made up of a lot of salt bricks, which creates a completely disinfected and negative ion-filled space, and of course, helps to maintain relaxation and improve breathing. 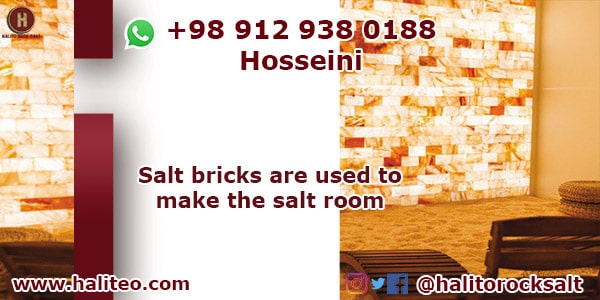 How to cut rock salt?

Another question you might ask is how do we shape the rock salt and change it to cut? It should be said that it is done by advanced machines and skilled craftsmen.

Use of 10 * 10, 20 * 20 and 20 * 10 mold types are the most common types of rock salt cutting and the selling price of cut salts in the market varies depending on the product quality and dimensions of the rock salt cut. 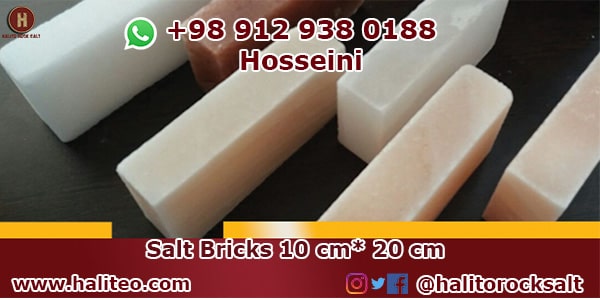 There is much talk about the properties and benefits of rock salt today, and it is well known that salt is able to purify ambient air due to its disinfectant properties.

Rock salt with negative ion diffusion in the environment can cure many diseases such as asthma, shortness of breath and nervous discomfort.

Locating salt caves in European countries is one of the ways to treat patients with nervous and pulmonary disorders today. 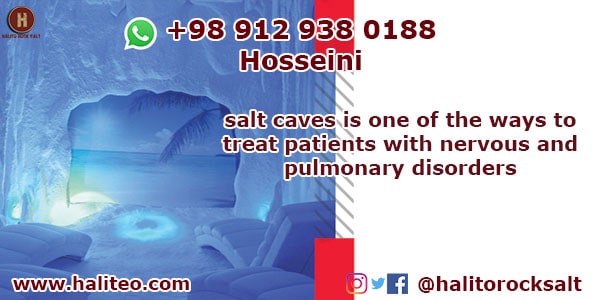 In addition to the stunning natural beauty, salt caves have wonderful healing properties that can improve many of a person’s problems after being in the environment.

For this reason, building and executing salt cave projects is one of the human achievements that is opening up more and more space in modern medicine.

Since salt caves are not accessible to everyone, conditions have been created by Halito company that create a salt cave-like environment at home.

This way, in addition to beauty, you also guarantee the health of your family. 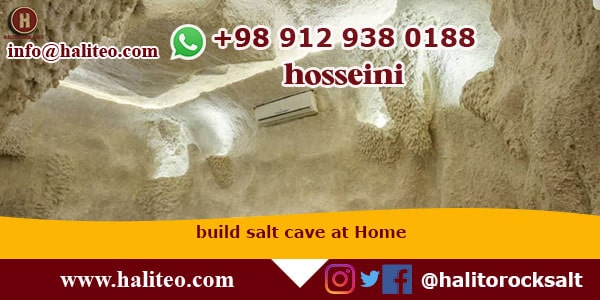 Salt walls are no different from conventional walls, but it is very important how you work and use top grade materials.

As you may have already known by some of the activities of the Halito Co., you will find that the construction of salt bricks resulting from the cutting of the rock salt is a very precise and versatile activity.

Halito Rock Salt Company produces salt bricks in addition to producing salt bricks in different types and in this field is the largest salt lamp manufacturer in Iran.

As mentioned earlier, salt bricks are used to build salt walls and salt rooms, and this has been a growing trend in the last three years.

Salt bricks have gained a lot of fans for their negative ion production and the beautiful atmosphere they create, and most massage rooms, spas and even beauty salons have built salt walls and salt rooms in their workplace. 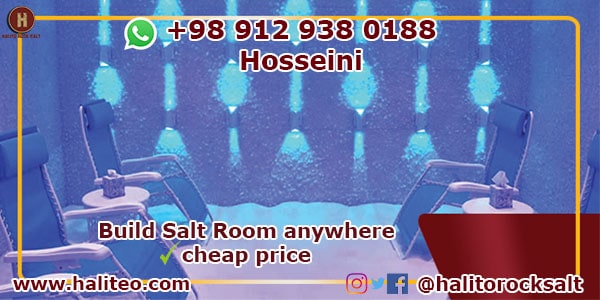 The doctors’ waiting room is the best place to build a wall of salt because it not only makes the environment more beautiful but it also absorbs environmental pollution and puts a lot of energy into the space and is easy to clean.

We recommend using Salt Wall at work if you are looking to expand your business.

In addition to making the salt room, the Halito Company also performs an astonishingly cavernous salt cave that the viewer will be amazed by when they see the salt cave space.

The salt cave has great power to attract customers so it can easily increase your customers by several times.

Imagine a typical restaurant and a salt cave restaurant, which restaurant do you prefer? Naturally, everyone prefers to try out a new space and take pictures from there. 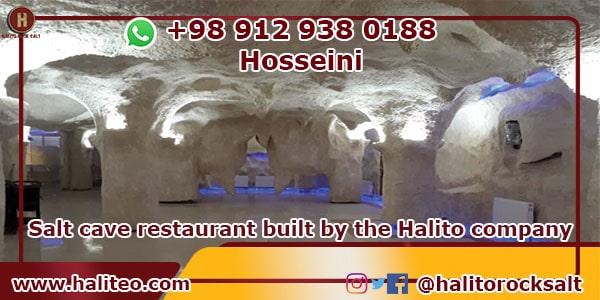 Salt cave room can be run in different places like:

and in general, all the places that want to grow their customers in the shortest time possible.

The point is that the place to start is a salt cave that needs certain dimensions, contact us for more information and get free advice.

Cooking food, especially the delicious chicken on salt rock, is a very enjoyable experience.
Maybe 20 years ago everybody thought salt was just for sprinkling food, but in the last few years the idea has changed completely and cooking on salt rock has led many to become interested in this style of cooking.
In this regard, Halito company sells salt block cooking in very large scale, and it is interesting to know that rock salt production on a very large scale is a difficult task. 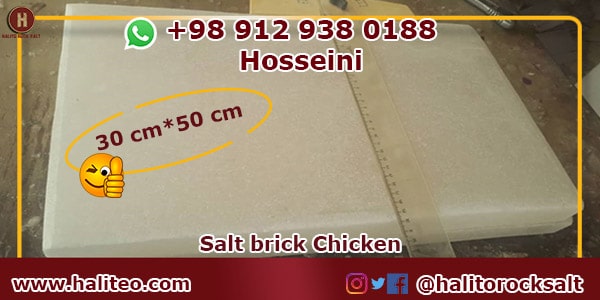 So far everything has been said about the unique properties of salt rock and salt bricks for humans and the great benefits this product has had for us, but all the benefits of salt bricks do not end there but for cow and salt feed. Sheep is also useful.
You might be surprised, but the reality is that salt bricks are placed on the farm for cows and sheep, and the animal regularly licks these bricks, causing them to consume more water and forage and gain more weight. 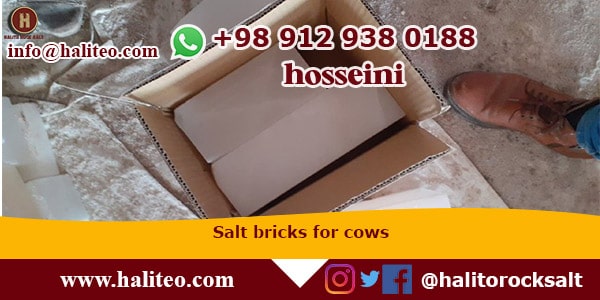 It is said to be a trick performed by Farmers around the world and has always been fruitful, but salt bricks have other benefits besides weight gain:

You’ve seen everywhere that orange and red rock salts are used to produce salt bricks, but it is good to know that most rock salts are white salt because they are free of any impurities and most of the benefits has.
You can order very cheap salt bricks by Halito company and get it quickly at the destination. 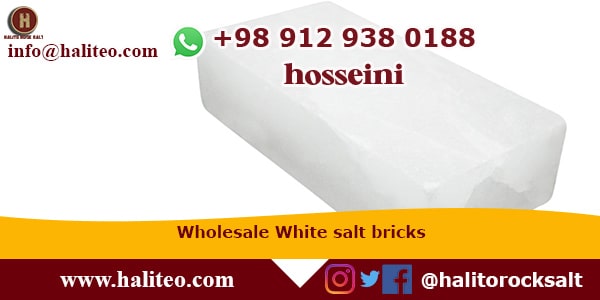 Halito rock salt Company is the largest salt brick producer in Iran and exports its products to all over the world.

The wholesale and export minimum order is 5000 pieces and fewer orders cannot be shipped because it will cost a lot to ship. 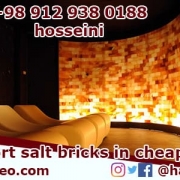 Making all kinds of salt bricks with the best quality 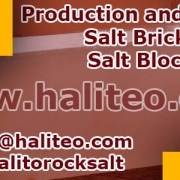 where to buy salt bricks 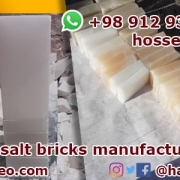 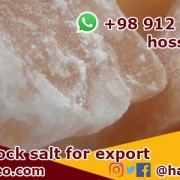 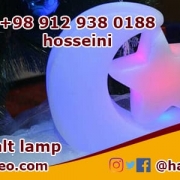