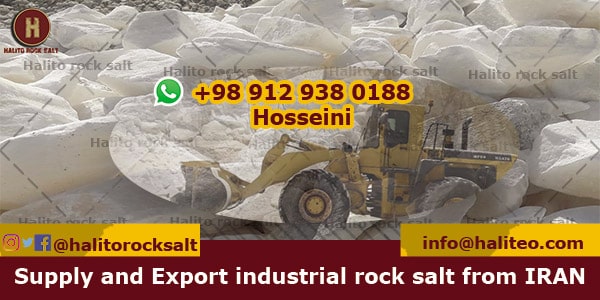 What is industrial rock salt

Industrial rock salt is one of the lower purity rock salts and is not suitable for edible rock consumption but in various industries such as agriculture, animal husbandry, water treatment, resin machines, food production and industrial applications Very useful. 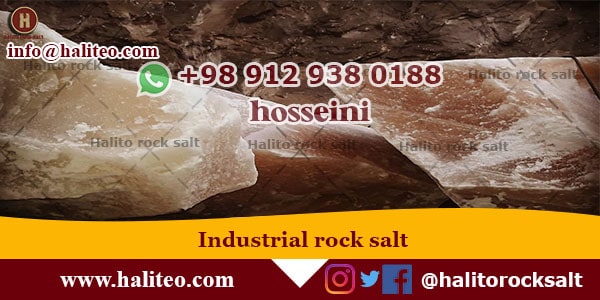 Non-edible rock salt covers a wide range of jobs, some of which are as follows:

These are some of the most important uses of industrial salt rock, and they are all very high. 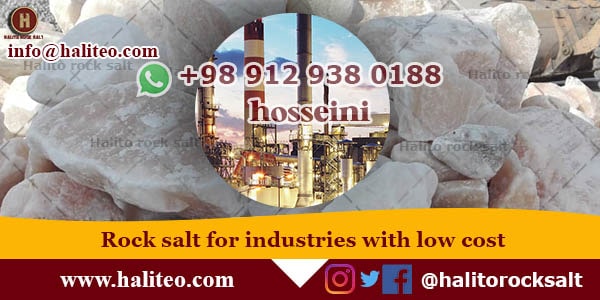 Industrial salt is used in all industries because of its specific grading, but the type of industrial salt used depends on the size or mesh of that salt.

Competition in the industrial salt field is very intense and all manufacturers try to produce salt exactly as the customer needs, which increases production costs but is nevertheless a requirement of trade. 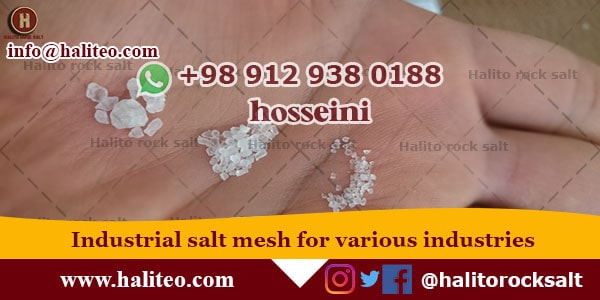 But there are also buyers who buy industrial grade salt at a low price, and quality is not important to them because high quality pure rock salt should be used in the first step to produce high quality industrial salt, and since These stones are much higher in price, so the manufacturer prefers to use weaker and cheaper salt rock as the buyer needs. 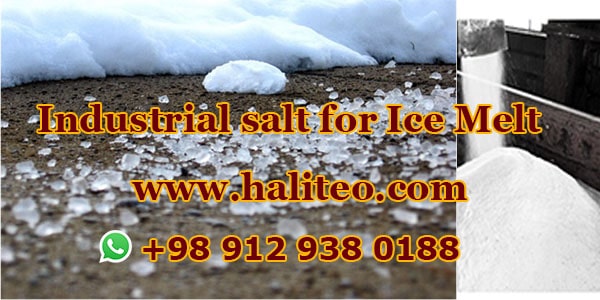 Always specify exactly what type of need you are in when purchasing and state what area you are going to use because some industries require high quality industrial salt, for example for fish ponds, if you use salt or rock salt. Use lime containing not only will your fish not grow but they will be lost and since top-notch salt is no different from ordinary salt, think about your product first and foremost. 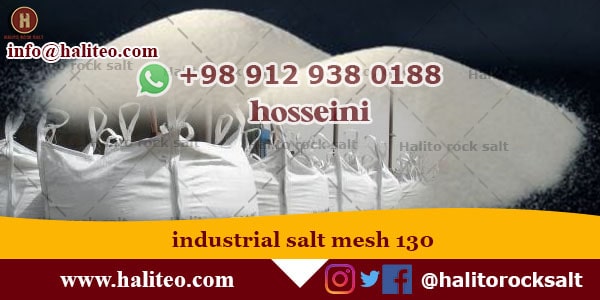 If we are to mention another example, the companies that specialize in making serum usually use powdered salt for this purpose Will not have best quality. 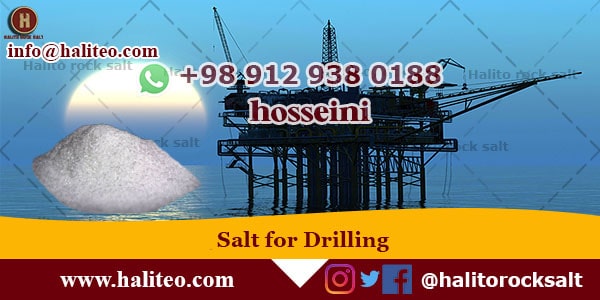 But despite the fact that industrial salt is used in all areas, perhaps more than 85% is used in road salting, and the remaining 15% is used in other industries.

Industrial salt, especially salt and mill salt, is used for road salt to reduce the freezing point of ice, which will freeze the road and prevent it from slipping. 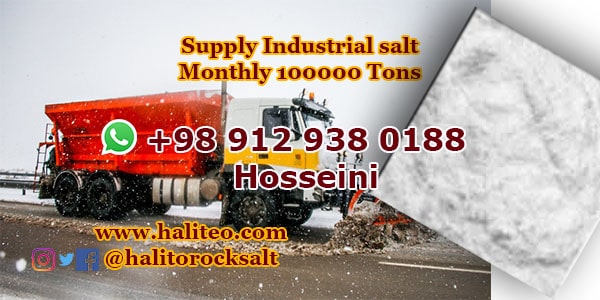 One of the most important applications of industrial salt rock is to soften water and resin.

Usually the hardness in the water shows you its various forms, the most obvious of which are the following:

So you might ask, how can we fix these problems? Now is the time for you to pump pure sodium into your system and facilities to eliminate all sediment and convert your complex water to its original state.

An abundant source of sodium is salt rock that can easily destroy sediments and, most importantly, does not damage the facility.

Because it causes calcium and magnesium water hardness, you can eliminate these harmful elements in the water with sodium. 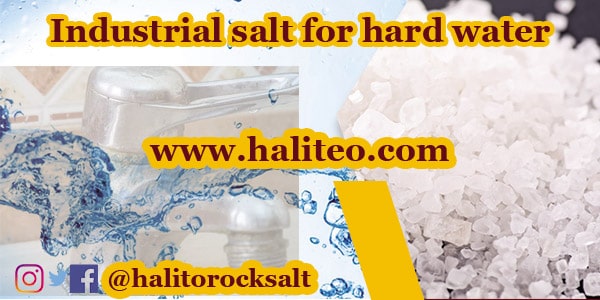 There are two key points to buying a rock salt for hard water:

If you specialize in the choice of rock salt based on the type of device you are comfortable with, you can contact our experts for free advice.

Scientifically, the function of the rock salt is that sodium contains a negative ion and produces a stronger negative ion in the case of resin, and on the other hand eliminates the calcium and magnesium that produce positive ions.

According to this definition, you should use salt or rock salt that is high purity and only injects sodium into the water, as most salts on the market also contain large amounts of calcium and magnesium, which cause Your hardening operation will be ineffective so careful selection of salt rock and shopping from a reputable center can pave the way for you. 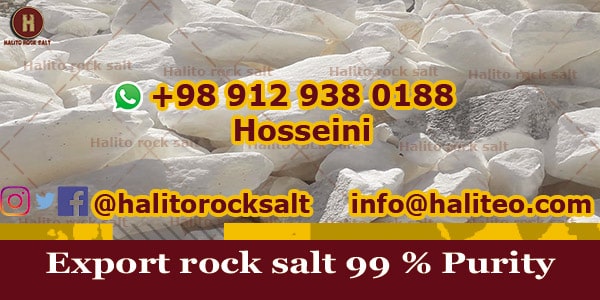 One of the most interesting applications of rock salt is to cut and make salt lamps, but any rock salt is not suitable for cutting because the rock salt must have a high density.
The best type of white rock salt for cutting is extracted from the Halito company mine and converted into beautiful forms by craftsmen.

Here’s a look at some of the most beautiful salt lmap products made in the Halito Co. Visit this page to see all products. 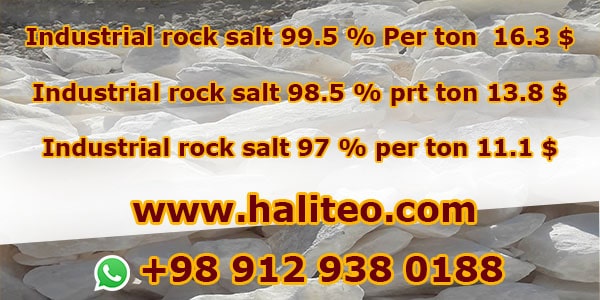 Halito rock Salt company With its established salt market in Iran and having experienced experts in the field of rock salt recognition and loading, Halito is the largest supplier of rock salt types in Iran and Middle East for many years.

The daily loading of more than 450 tonnes of rock salt, exports to East Asian, Central Asian, Caucasian, North African and Iranian neighbors It demonstrates the ability of the Halito rock salt company to extract and export rock salt.

Supply and export type of rock salt is our special. 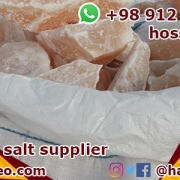 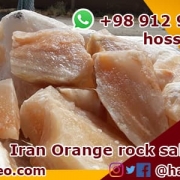 Export industrial rock salt to Russia and china from Iran 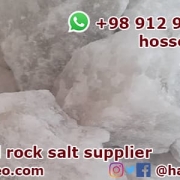 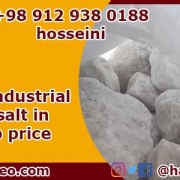