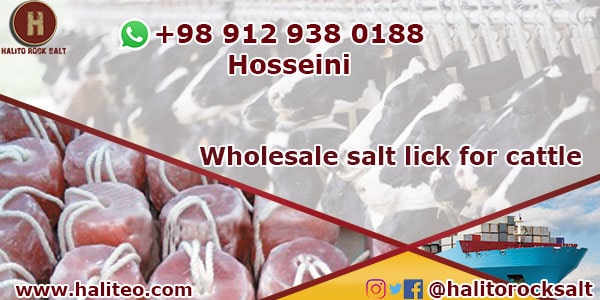 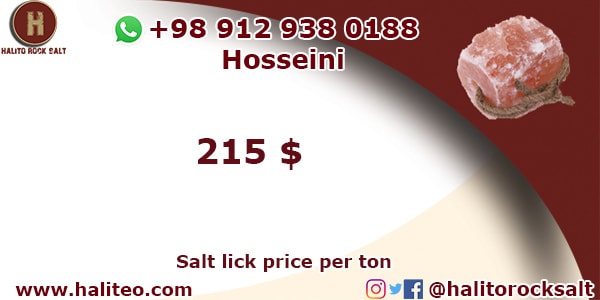 Benefits of rock salt for cattle

The therapeutic and medicinal benefits of salt rock have long been proven to be beneficial to humans in the presence of minerals in rock salt.

In addition to the importance of salt rock on human health, its beneficial and beneficial effects on livestock and poultry have also been proven.

Salt rock has three types of edible, decorative and industrial types that are used in animal feed and poultry feed. 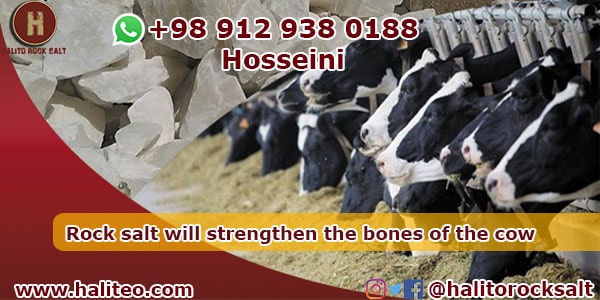 Note that the salt known as industrial name refers to salts that are naturally occurring and have no refining operations on them and differ in sodium content.

Many diseases of the gastrointestinal tract that occur in cows are caused by the accumulation of germs in the stomach, which enter the stomach with food and water and cause problems for the animal.

If used to feed the animal with high quality  rock salt, this salt, along with the flow of water and nutrients into the stomach, will kill the germs and enzymes that accumulate in the stomach. 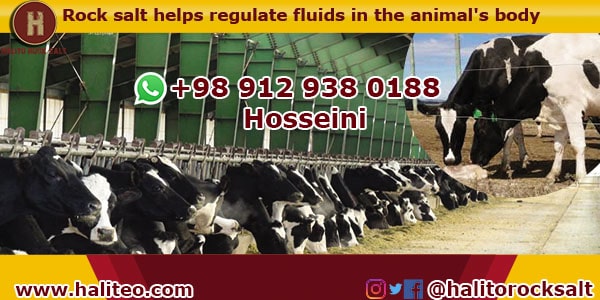 Refining rock salt will lose the beneficial elements such as calcium, potassium, magnesium and copper, so it is better to use natural rock salt for animal feed and poultry, which is known in the market as animal rock salt or salt lick.

Properties of rock salt for cows

As mentioned, not only do humans need salt in their diet, cattle and poultry need to use salt in their diet. You might be wondering what the properties of rock salt for livestock can be. Can rock salt help cure Many Common Diseases Between Poultry and Poultry? 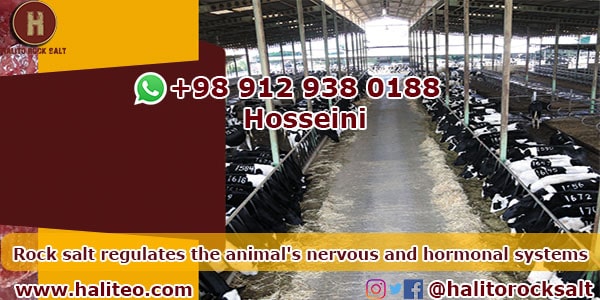 In answer to this question, it can be said that salt is one of the disinfectants. Many gastrointestinal diseases that are common to humans or animals are due to germs that accumulate in the stomach and enter the stomach with food and water.

If the salt is of the best quality along with water or food for animal consumption, it is likely that the enzymes that accumulate at the stomach will be eliminated and that the other animal will not suffer from gastrointestinal diseases. 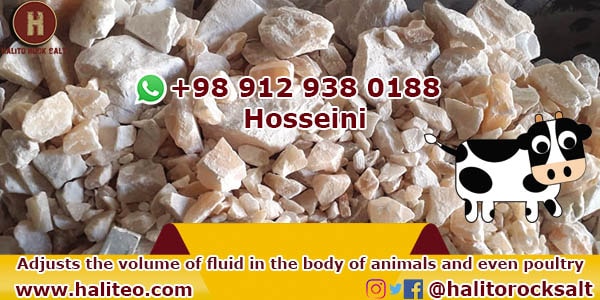 Benefits and Medicinal Properties of rock salt for Livestock

Now that you understand some of the properties of animal rock salt, you know why they use salt rock in their diet. 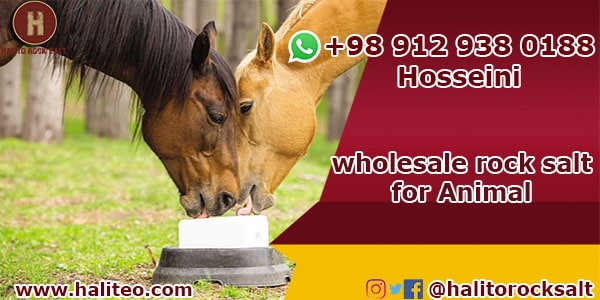 A sheep’s diet typically contains a variety of minerals, but a natural ingredient called salt is generally one of the shortcomings of this diet.

Many people use different salts, such as powdery salt in sheep’s diet.

Salt added to the diet will absorb other minerals and promote faster growth of the animal and its effects are numerous and numerous. 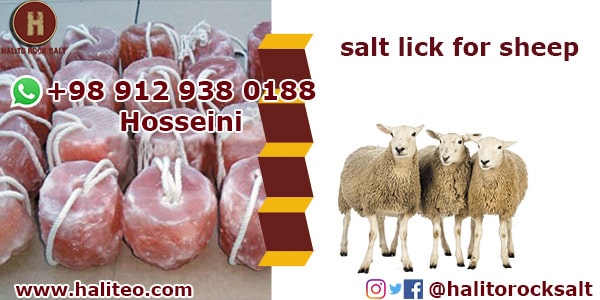 As we have said many times before, salt in the diet of cattle and sheep is much better and more effective than salt because the animal continually consumes salt and licks it as needed.

Never worry about overexploitation of sheep’s salt because the excess salt will be excreted in the urine, and it also knows what its true need is for each time it is consumed. 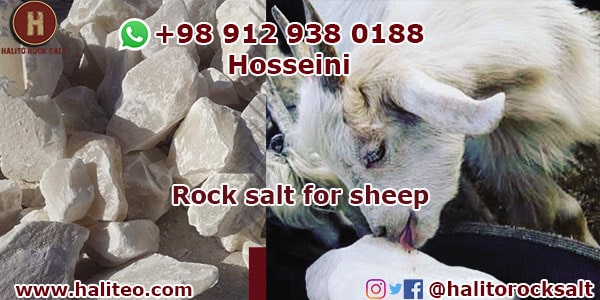 Rock salt contains magnesium, calcium, potassium and other useful elements such that much of it may be destroyed by refining the salt rock and converting it into edible salt. That is why poultry farmers and growers use natural salt for livestock. 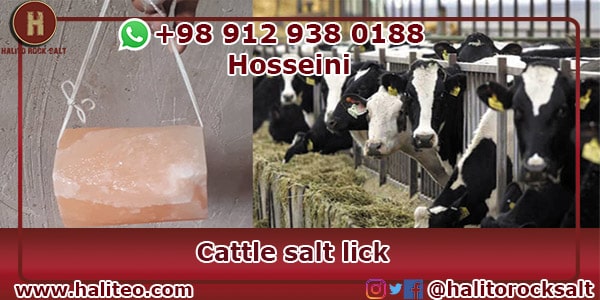 It is interesting to know that salt is also used for aquatic life, which is different from industrial salts and should be free of iodine and additives. Because iodine in salt suitable for aquatic life can endanger their health.

You know that rock salt has been used in many cases before, and its therapeutic properties are undeniable for some diseases.

Rock salt is made up of very useful elements, each of which can help the body. Rock salt is divided into three types of edible, decorative and industrial, and each is used in different ways. 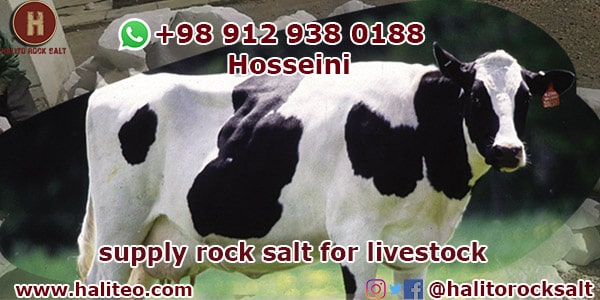 Salt is one of the essential nutrients for the life of a cow. Salt will help maintain the basic acid balance in the body, the muscular, digestive and nervous function of the cow.

An element such as sodium chloride, for example, helps maintain proper level of water, proper function of the intestinal and digestive system, and also helps maintain blood soluble calcium.

Chlorine also helps maintain the animal’s aquatic equilibrium and will greatly help in the sodium hydrochloric compound in the cow’s stomach. Salt, on the other hand, has antibacterial properties and prevents infectious and bacterial diseases in the cow’s body because it is not supplied by grass and alfalfa so it needs to be added to animal feed. 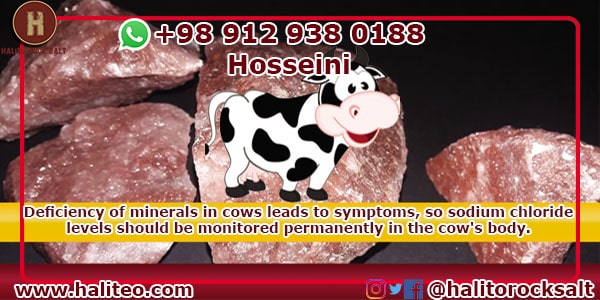 Deficiency of minerals in cows leads to symptoms, so sodium chloride levels should be monitored permanently in the cow’s body.

As mentioned above, livestock salt is either industrial or unrefined and is exactly what cows should consume.

Industrial salt is less purified than edible salt and lacks iodine, but as we know, animal feed salts must necessarily be iodine-free. 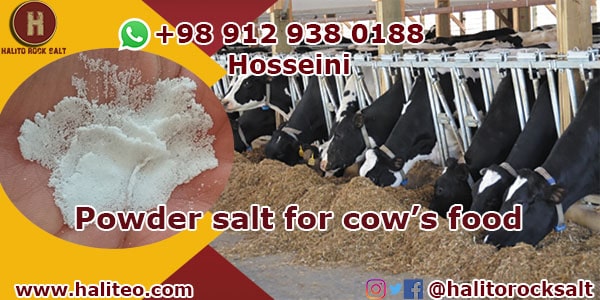 Industrial salt has many uses, for example in:

The amount of cattle needed for animal rock salt

As mentioned, sodium chloride in salt rock plays an important role in animal health and quality of cow’s skin, milk and fertility. The amount of cattle needed for sodium chloride depends on the body weight and milk production.

For example, 100 g per 5 kg body weight and 4 g milk per liter should be added to the amount of sodium chloride consumed, although the amount of salt consumed depends on the cow’s diet and the quality of water consumed by the cow. 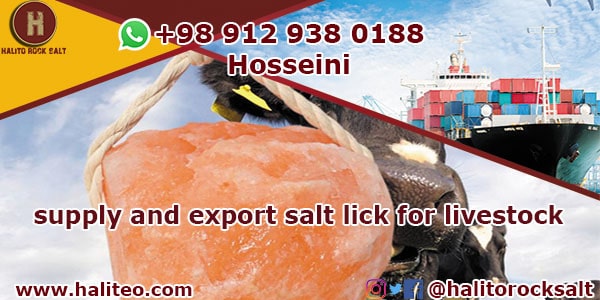 The point to keep in mind is that when giving salt to a cow, be sure that the cow has access to water because the cow needs to drink water to remove sodium.

Rock salt has a positive effect on human and animal health Salt stone used for animal production is industrial type that Halito company produces this type of rock salt cut into two types of cubic and round.

These types of cut salts, also known as salt lick blocks, are very easy to move and use. For bulk ordering and purchasing, contact us. 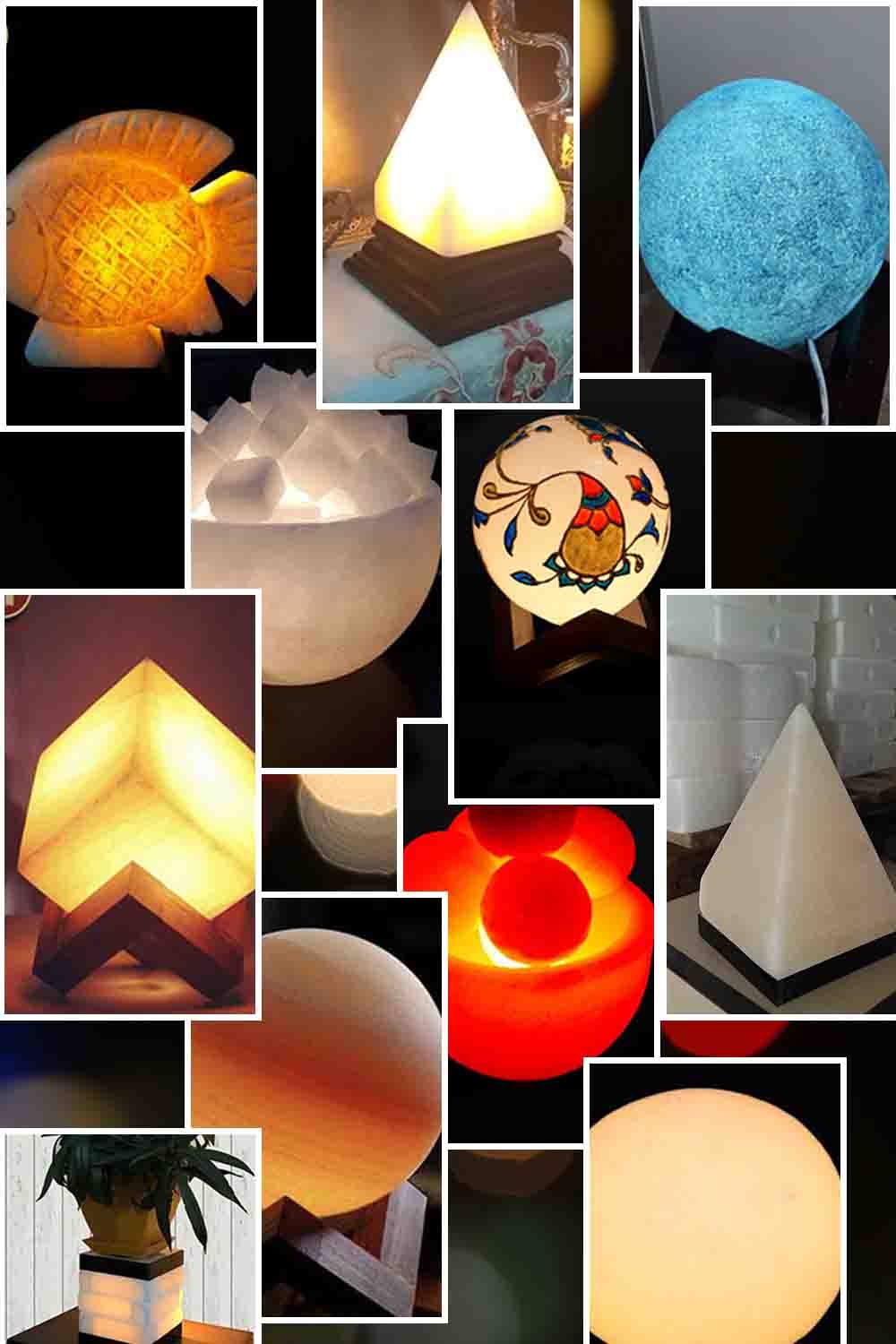