Articles
You are here: Home / Articles / livestock rock salt / Major purchase of rock salt for cattle from the mine 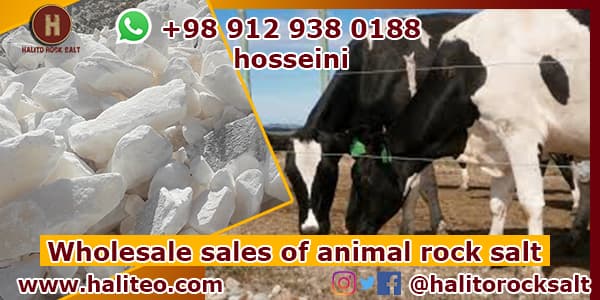 One of the most important uses of rock salt is its use for animal feed because salt, as it is known as a vital and absolutely necessary substance for the body’s metabolism and human growth in general, is also considered as an essential substance for livestock. It is considered vital to their body and has the same function.

Rock salt for cows is one of the uses of rock salt, which is widely used in farms and provides the salt needed by cows during the day.

If the salt needed by cows and generally domestic and lactating animals such as sheep do not reach them, they may not grow well and their milking process may be disrupted, so it is very important that The owner of the farm should pay special attention in this regard and prepare the necessary amount of rock salt for the farm in a timely manner and always check your inventory and eliminate any shortage in this regard immediately. 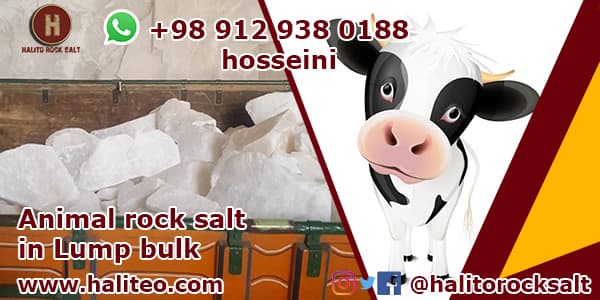 As you know, rock salt is one of the most useful and widely used minerals that is used in addition to livestock and poultry, which is the current topic of this article in various industries, such as chemical industries and chemical fertilizers, as well as The decorative industry and the production of decorative stones have received a lot of attention today.

In general, industrial rock salt refers to rock salts with a purity of less than 95%. These samples of rock salts usually have a dark surface, which the latter case causes these rock salts to be classified as industrial types and Do not use orally. 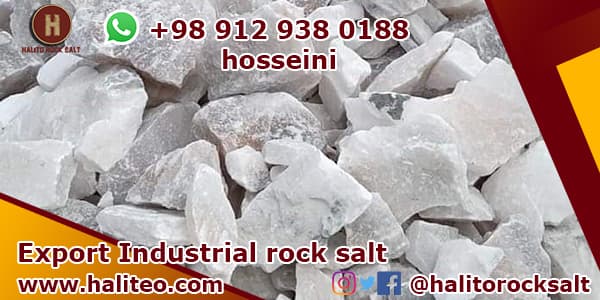 The reason for using rock salt for cattle

In general, animal rock salt is very necessary to meet the needs of livestock and help them grow and increase their lactation. Research conducted in this regard in cattle and sheep countries found the effect of rock salt on livestock growth. Up to 13% more.

Since the use of rock salt in livestock is a must in most parts of the world, but according to studies conducted in Australia, red rock rock has a very negative effect on livestock growth, especially deer, so it is recommended to use this rock salt in animal diets. Do not.

Always note that the most suitable rock salt for livestock consumption is white rock salt, which is enough to contact us to know the price of different types of white rock salt. 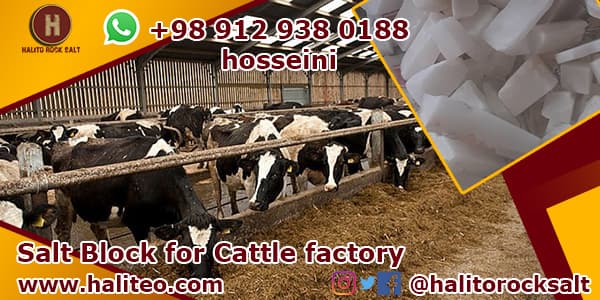 How to fatten sheep?

Sheep, like other animals such as cattle, need salt to grow, and the use of rock salt is one of the ways in which the salt needed by sheep can be obtained.

As we said about cows, salt is a very effective mineral for the growth of livestock and increase their lactation, and if the need for salt in livestock is not met, their growth will be impaired. Therefore, timely arrival of salt to livestock, in addition to maintaining their health, will make them fatter and increase their milk production. 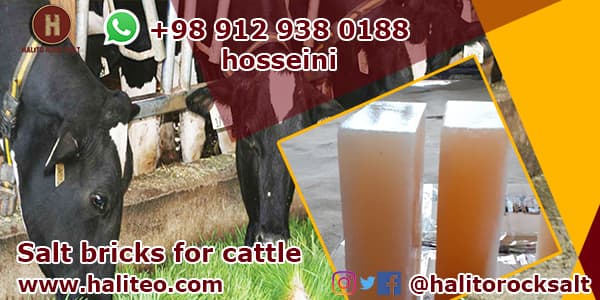 Is rock salt harmful for cows?

In general, rock salt is not harmful to livestock and no case has been observed so far, but improper maintenance of livestock can have a negative impact.

For example, if a cow is deprived of access to fresh water for 24 consecutive hours and consumes rock salt or salt during the same period, the level of salt in the blood will rise sharply and as a result will cause poisoning of the animal, so only with An item of food can not study the growing trend of the animal, and you must be very careful about the diet of cattle in all respects.

As we mentioned at the beginning of this article, rock salt for cattle and animal feed salt in general is one of the main applications of rock salt produced by factories and salt ore mines. The stones are cut and polished, but this sample of products is still exported and is not widely used in the country.

Given that the world’s salt ore reserves are only distributed in a few specific countries, the bulk production of this mineral in these countries has great economic benefits for them.

Our country, Iran, is very rich in terms of salt mines and has no shortage in this field and has a high export potential in this regard. Also, Georgia and Qatar and their traders can pack their livestock salt in 15 kg packages Order through Halito rock salt company.

Small packages are very laborious and usually it is not easy to do that in addition to small packages, we also produce and supply various types of cut rock salt in the form of circles and cubes in carton packaging for export easily. Let us. 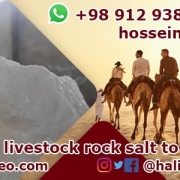 Wholesale of livestock salt at the best price 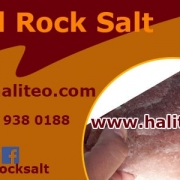 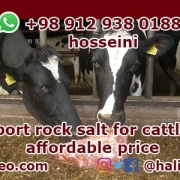 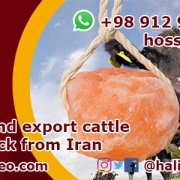 Purchase industrial powder salt from the factory
Scroll to top